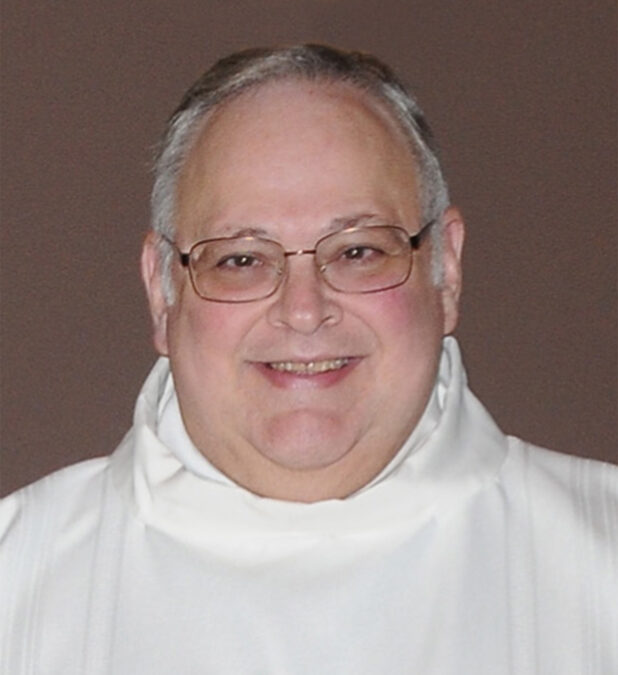 Known affectionately as Father Tony, he had a great sense of humor and a talent for imitating others. However, according to Father Angelo Patti, Pastor of St. Peter Parish in Somerset, there was something much deeper about this genial man. “He admired Father Paul Thomas, his boyhood pastor at St. John Parish in Acosta, Somerset County. Father Thomas was a truly holy priest, who devoted his entire priestly life on being an alter Christus, or ‘another Christ.’ “Father Tony’s greatest imitation,” Father Patti continued, “was being ‘another Christ’ who brought joy, laughter, clarity and faith through his own wonderful priesthood.”

According to Deacon Michael Russo, Director of the Office of the Permanent Diaconate for the Diocese of Altoona-Johnstown, “Father Tony always made himself available for mentoring, spiritual direction and planning and guidance for future programs and events. The Diaconate community will sorely miss him.” Father Tony participated in deacon candidate interviews, authored a pamphlet describing the role of a permanent deacon, and helped clarify guidelines that have become invaluable to newly ordained deacons.

In addition to his service to the diocese, Father Tony devoted the last fifteen years of his ministry as Pastor of St. Mary Parish, Hollidaysburg, and Chaplain of both the Catholic Daughters of the Americas Court #1775 and the Knights of Columbus Star of the Sea Council #4245.

Initial funding for the new endowment came from the family’s personal contributions, an estate sale held at St. Mary Parish as well as contributions from several parishioners from the parish. The endowment specifies that sixty percent of every annual distribution provide financial aid to diocesan seminarians while the remaining forty percent will provide similar support to permanent deacon candidates.

“We are genuinely honored to have been chosen by Father Tony’s family to carry on his legacy,” added Foundation President/CEO Chris Ringkamp. “It is our hope that men receiving financial aid from this permanent endowment will be inspired to live up to the example set by Father Tony Legarski.”

Charitable donations in memory of Father Tony may be sent to the Independent Catholic Foundation, 3618 Fifth Avenue, Suite 1, Altoona, PA 16602, where they will be added to the endowment. As the endowment increases, so will the annual distributions.

The Independent Catholic Foundation is the region’s only community foundation guided by Catholic values and investment policies. We invest our entire endowment portfolio according to the moral, ethical and social teachings of the Catholic Church: protecting human life, promoting human dignity, reducing arms production, pursuing economic justice, protecting the environment, and encouraging corporate responsibility. Governed by a board of lay trustees, ICF has served as the estate planning partner of parishes, schools, diocesan ministries and other Catholic causes throughout the eight-county Diocese of Altoona-Johnstown since 1990.