The trustees for the Foundation have announced the establishment of an honor society within the Foundation named the Saint Simon Society.  This society will recognize an individual for whom a contribution to the 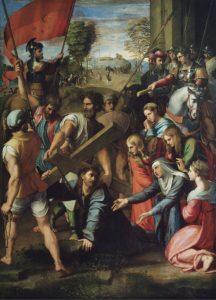 This contribution can be made by an individual, their family or a group of friends or employees. Membership can be funded over two years with membership beginning when fully funded.  The honoree can be living or deceased.  Named after Saint Simon of Cyrene who helped Christ carry his cross on the way to Calvary, membership will help the Foundation in two ways.  One half of the contribution will be put into the general fund for current use, with the second half being put into an endowment that will support the Foundation’s mission forever.  Recognition will include a member listing in future editions of FOCUS and a separate page within the Foundation web-site.

Additionally a mass will be offered annually on May 12, the feast day of Saint Simon, for member’s intentions or for their remembrance, in the case of a deceased member.

Information on the society or the details on how to join can be obtained by contacting the Foundation office at (814) 201-2080, or via e-mail at Director@icfdaj.org.